You are here: Home / Archives for Basketball / NBA 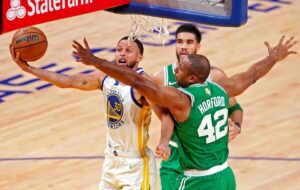 9:00 PM EST, ABC - Line: Celtics -3.5, Over/Under: 212.5 With two games in the books, the NBA Finals are now squared at one game apiece as the Boston Celtics look to bounce back at home against the Golden State Warriors, as the scene shifts to Beantown in this Game Two from TD Garden in Boston, Massachusetts. Ater getting stunned in front of their home crowd in Thursday night's opener (120-108), the Warriors (53-29, 3rd in Western Conference) … END_OF_DOCUMENT_TOKEN_TO_BE_REPLACED 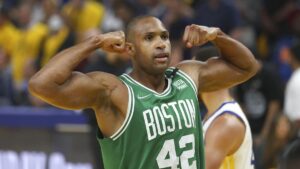 8:00 PM EST, ABC - Line: Warriors -4, Over/Under: 215.5 To the surprise of absolutely NOBODY, the NBA Playoffs continues to go off script, as the Boston Celtics look to follow their stunning victory in Game One by taking a commanding lead before the series shifts to Beantown, while the Golden State Warriors look to avoid falling into an unenviable hole in Game Two of the NBA Finals from Chase Center in San Francisco, California. Well, that was … END_OF_DOCUMENT_TOKEN_TO_BE_REPLACED 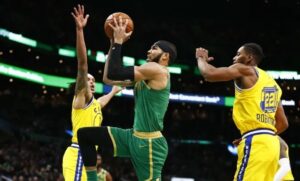 9:00 PM EST, ABC - Line: Warriors -3.5, Over/Under: 211.5 After six weeks of thrilling action, comebacks, and blowouts, the NBA Playoffs has reached its ultimate stage as the Boston Celtics and Golden State Warriors meet in Game One of the NBA Finals from Chase Center in San Francisco, California. The theme for this series is legacy, and how ironic is it that the Celtics (51-31, 2nd in Eastern Conference), a franchise with arguably the greatest … END_OF_DOCUMENT_TOKEN_TO_BE_REPLACED 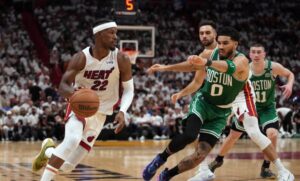 8:30 PM EST, ESPN - Line: Celtics -3, Over/Under: 196 It's poetic that this series that has been ripe with unpredictable twists and turns will ultimately come to a close with a decisive Game Seven, as the stubbornly resilient Miami Heat face off against the Boston Celtics in the final chapter of this Eastern Conference Final from FTX Arena in Miami, Florida. Forty-eight minutes are all the separate the Celtics (51-31, 2nd in Eastern Conference) … END_OF_DOCUMENT_TOKEN_TO_BE_REPLACED 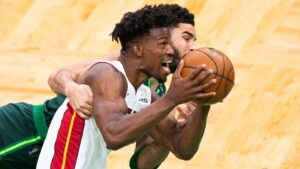 8:30 PM EST, ESPN - Line: Celtics -8.5, Over/Under: 201.5 The Eastern Conference Finals are on the verge of concluding tonight in Boston, as the surging Celtics look to book their first trip to the NBA Finals in over a decade, as the Miami Heat are simply desperate to force a decisive seventh game, in this Game Six from TD Garden. Despite being the most consistent team in the East this season and muscling their way through the first two rounds … END_OF_DOCUMENT_TOKEN_TO_BE_REPLACED